Team Jacob and team Edward is back again?

Yes we are speaking again of Twilight. Ten years later it comes back, knocking at our doors twitting “new book is coming”.

This new book of the Saga “Midnight Sun” is in fact the same old story only seen through Edward’s eyes. So nothing new and, above all, nothing about Jacob.

Anyway, the entire world is currently chatting of a possible new film with the subject to be Jacob and Renesmee (Bella and Edward daughter). None yet confirmed it, but it looks so real and possible.

A decade ago, the world of Twilight Saga fans was divided in two: those screaming for hot Jacob and those adoring the deep frozen sight of Edward. At that time, the choice of Bella was seen only through the aesthetic taste of the fans.

Bella picked Edward, yes we knew it. In fact there was nothing to chose, as she always declared her falling in love deeply and completely with Edward.

So poor Jacoob has played the role of a placeholder, a very good one in fact, but nothing more. And we all saw beatiful Jacob begging for a kiss of the girl, and Bella begging for intimate relationship… with Edward.

So Edward, Edward and only him. Time passed by, we have enough of it.

We still are team Jacob, and the entire world is. No matter if also the new book is about Edward. We claim Jacob spin off. The actor playing Jacob, Taylor Lautner, has not had the huge carrier Robert Pattinson and Kristen Stewart (Bella) are having. Read related article here.

Also Robert Pattinsons is fed up with Twilight, taking distance from the Saga and the book, disdaining having even taken part of it. Read what R Patz told to Maddy Mussen at the TAB.

Here’s my proposal, Stephenie Meyer is stirring things up in this new book, let’s do the same! So read our 5 reasons why Bella should have chosen Jacob.

5 reasons why Bella should have chosen Jacob

A 17-years old girl moving to her quite unknown father, to let her mother live her life with the toy boy. And she decides. Yes. She decides to leave friends, go a to new school more than halfway through the school year, leave beloved mother for a town in the middlle of no where.

She is not even a rebel girl, jumping out the window at night to go dancing or flirting, yelling her inside troubles. No. She prefers to stay at home, study and cook for the father.

And above all, she claims to be happy in her choice. Yes.

You are right, Edward, why?

I’ll tell you the truth. As in the Big Bang Theory the autism of Sheldon was clear but never explicitly told, let’s say here we are clearly speaking of depression. Bella is a girl probabily about to take a suicide, in real life.

So Twilight is a big metaphor of the depression of a young girl and the choice of the non dead Edward, so charming, so hopelessly indispesable is her willing to die.

So, first reason why she should have hosen Jacob, because it means she would have chosen life.

Girl, you are not gonna remain teenager forever. Let’s look at Jacob, he is healthy, hot – I mean high body temperature of course, and do not last forever. This is not a problem in real life!

You live in Forks, it is wet and cold, let’s warm with Jacob. Having healthy kids, living in front of the see. Pick up health and human beauty. Yes it is ok. Drop cold, blood, injuries and death.

I know the Cullen’s are outstanding. I know they are rich, beautiful and very love each others. It is a really charming death with them. Anyway, can you imagine staying with your family forever! Christmas by Christmas, day by day, with your sister-in-law picking up dresses at your behalf, hidding your prefered jeans, so that your husband has to teach you for smelling it to find it out? No way, no.

I would rather prefer the gathering at fire place in the Quileute family. I image kids toddling here and there, playing with the waves on the beach, falling asleep on the soft hair of their father wolf. Wouldn’t you?

Jacob is a sketch. Yes, he is. And also Edward acknowledge it several time, for example into the tent on the peak of the mountain in Eclipse.

Who doesn’t? Jacob is straightforward, honest to a childish level, warm hearted, but also a pure leader, he has the voice of the alpha and all the pack is devoted to him. At least the ones moving to his pack. As it is quite a free access one, you can stay if you, and I, want it to. This is freadom!

Bella would not have time to get bored with him.

Wolves are all way better than dead ones. It is like being into the nature, living the nature from the inside and staying side by side with an enormous, harmless wolf. Having a supernatural bestie… wolf one.

Wolves are independent, but also faithful. A wondferful adventure, much more then having a dog or… a dead one.

I know Jacob imprinted on Renesme and not on Bella, but, it would have never happened if only she would have picked Jacob over Edward since the beginning.

Stephenie Meyer if you are online, thanks for completing Midnight Sun, but we are now desperately claiming for Jacob! 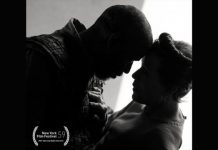 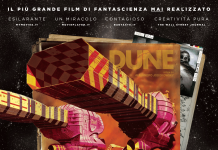 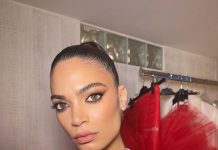 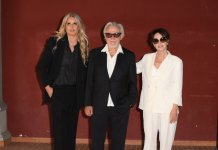